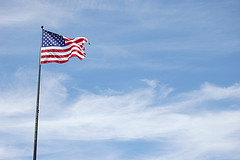 Today a federal judge in Florida has ruled that the Patient Protection and Affordable Care Act (“Act”) is unconstitutional. It now appears that the constitutionality of the Act will ultimately be decided by the United States Supreme Court.

The Florida Court held that the federal government under the Commerce Clause may not compel an individual to involuntarily enter the stream of commerce by purchasing a commodity in the private market. The Commerce Clause, found in Article I of the U.S. Constitution, gives Congress broad powers to regulate interstate commerce.

It appears that many are interpreting these decisions as an affirmation of the views of those who oppose the Act; however, it appears these decisions are based more on constitutional interpretation instead of whether the ideology of universal health care is with or without merit.  Regardless of one’s political view on universal health care, it is safe to say that this will be one of the most anticipated U.S. Supreme Court decisions in decades (it is likely to be heard in 2012 or 2013).

If you have a question about health care reform contact Arizona Attorney Robert Chelle.